Well, That is The Week that Was--It's This Week, Now

OK, where did I leave off? I think it was Thursday we are up to. Thursdays are my play days with my lovely friend Ami. We do cool thinks like check out the latest digital goodies, make ATCs (like we did today) and then go out to dine in splendor at the food court at Crossroads Mall. Last Thursday, though, we didn't do that. We had our usual kaffe mit schlag, yum, and took crazy photos of ourselves and each other, and played a bit on the computer.


We had fun in her kitchen mirror. 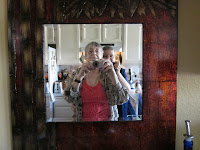 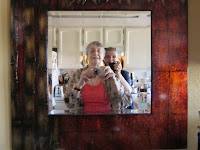 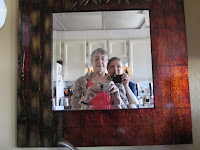 Trying to get both our faces into the picture.We had homemade raspberry rhubarb crisp and store-bought key lime pie for lunch...can't do that every day, but it sure tasted good!
In the afternoon I went to the University of Washington and sat in on a Modern Greek class. It is intensive Greek, and while I am not a student in the class, I am expected to participate when I visit. My Greek is very rusty, as I haven't exercised it much since 1983 (my last trip to Greece) but I tried to do my best. The class was about an elephant named Mitsos who, having flown to Greece from Africa with his mistress, was too big to fit into a taxi to go to the hotel.
The class decided that the story needed finishing, so we finished it by having a monkey direct Mitsos, with the monkey's owner and his mistress on his back, to the hotel. But instead, the monkey took them to the zoo--a hotel for animals.
After class I had time to kill before my board meeting for the Seattle Book Arts Guild, so I wandered around campus taking pictures.
First, I went into Allen Library and took pictures of the installation, "Raven Brings Light to the House of Stories." This tells the story of Raven doing this, and there is a book, and there are various nooks around the library that have Ravens installed in them. This is part of the main installation in the library lobby: 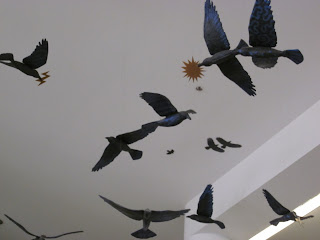 And this is the Book: 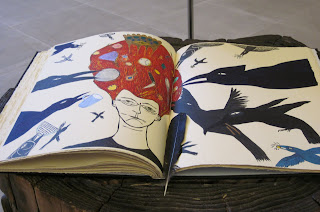 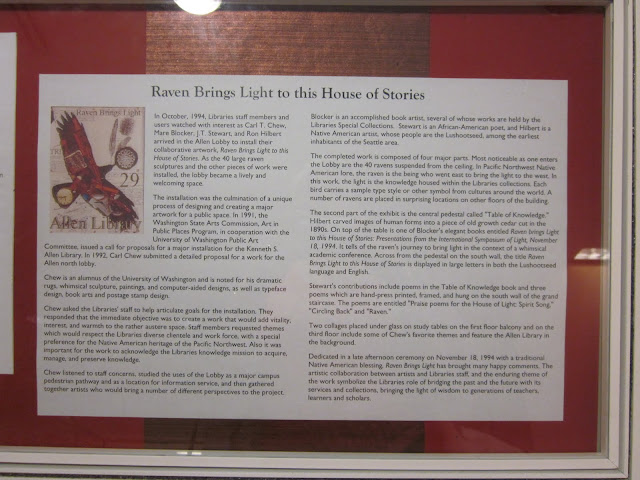 Then I went on to grab a snack for dinner in Suzzalo Library.
I had dinner in the coffee shop in the library, where the model clock is kept. Then I went out to the Quad, and took pictures of some of the unusual gargoyles on the buildings.

The gargoyles have always amused and fascinated me. I used to look at them every time I passed the building.
Nest, I wandered over toward the library where the board meeting was to be held, and saw a sign advertising the anthropological museum on campus.
Here are a few of the letters, close up: 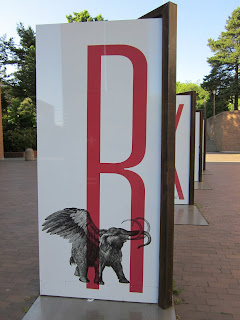 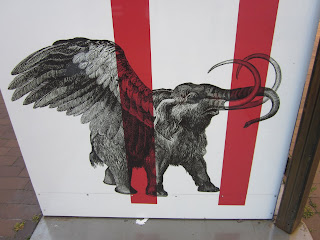 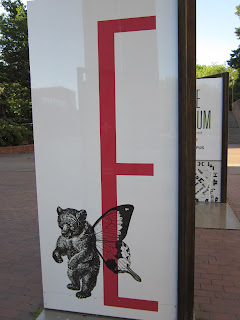 These signs are made of enameled metal,
and there were pictures on both sides. I particularly enjoyed the winged Mammoth. 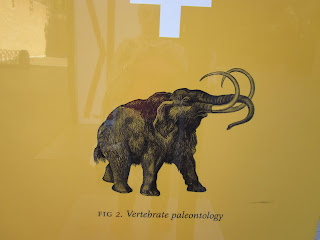 So I photographed him again without the wings.
It got a bit dark to take more pictures, so I went into the library to wait. When the other board members arrived, we held our meeting. It lasted about two hours, but we got a lot done, so it was time well spent.
That's it for now--Friday, Saturday, and Sunday still to come!  ---Nan
Posted by Nan at 9:06 PM